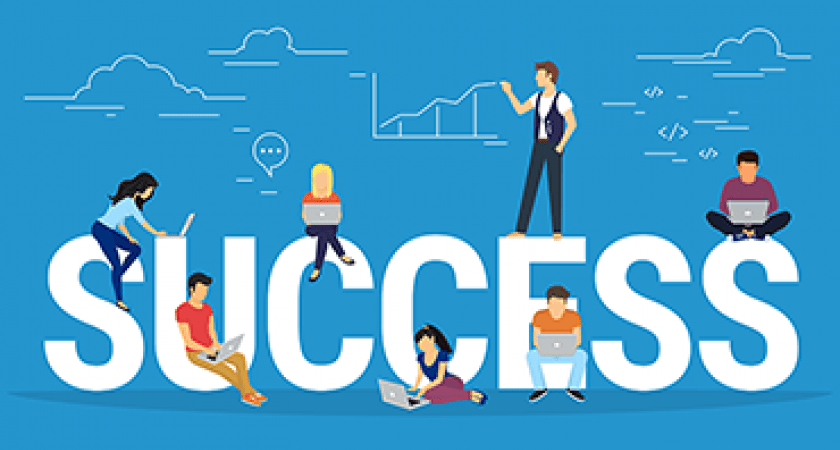 There is no denying the fact that preparations for competitive exams are highly grueling. It is not a bed of roses and only absolute dedication to succeed can ensure that you stay put till the end. Though being successful at the first attempt is not unheard of, it is not very usual as well. Be it IAS or Gate, most candidates need to go through multiple attempts to crack the exams. Many lose hope and give up midway but those to persevere are the ones who taste success. The following are the success stories of three students who are a role world for anyone preparing for the competitive exams.

Nishant comes from the old city area of Meerut in Uttar Pradesh. He was born in a simple family where his father somehow managed to study till class X and worked as a junior officer in court. His mother was a devoted housewife. His inspiration for becoming an IAS officer came rather unusually. As a child, whenever he used to visit the Government PDS Shop, he found the shopkeeper remaining absent on some pretext or the other. He thought if he could correct these irregularities as an officer, then that is what he will become. In his simple middle-class class family, he had no one to encourage his dreams but he kept moving forward.

Being a topper in every exam, his first taste of failure came when he could not crack the UPSC exams for the first time in 2013. He was severely depressed but with the support from his elder brother he bounced back into preparations. He took up the job of Translator in Lok Sabha Secretariat and kept preparing for UPSC on the sides. 2015 was finally his lucky year when after much toil and trouble, he got to know that he had successfully cracked the exam.

Cracking the Gate exams opens up a sea of opportunity for the students of engineering. The wishes of studying in an IIT and thereby getting a secure job in the future is something that every student dreams of but only few of them get to turn this dream into a reality. However, turning that dream into a reality has nothing to do with your merit and it is more about the efforts and dedication that you are ready to put in. The success story of Akash Dhiman bears testimonial to this fact. Akash had never been a great student and he could barely secure above average marks in his B.tech.

His inspiration came in the 7th Semester when he was not allowed to sit for the ongoing campus placements because with his marks he did not fulfill the eligibility criteria. He was thereafter rejected in every campus placement on account of his poor marks. But by then, he had made up his mind to secure a good job. His father directed him to give the Gate exams to make his dream career. Being an average student, he went through several failed attempts but that did not diminish his will to succeed. The failed attempts helped him to find an effective strategy through which he finally managed to pass the GATE exams in 2014.

The fact that success comes to those who never give up is evident in the journey of Himanshu Lohani. Himanshu had always been a good student and that led him to score 91% in his class 12th exams in 2010. He decided to drop a year to prepare for IIT-JEE and then JEE. However, things do not always go according to plan and even after dropping the year and studying hard, he could not manage to crack any of the exams. He did not qualify for JEE and his AIEEE rank was in 21k. He could only crack the state level IPU exam and that too with 533 ranking. He decided to go ahead with that for the time being.

He seriously considered Gate exams in his 6th semester. He made up his mind about cracking the exam and to that end, started taking up coaching classes. He came from a college that came with strict attendance criteria and surmounting pressure of studies. In the preparations that he could manage to take, he secured a rank of 2527 in Gate 2015. He understood that instead getting all puzzled in managing his studies and preparations, he needs to streamline his activities. He started maintaining a strict time schedule and his dedication bore fruit the very next year when he secured a rank of 88.

If they can do it with their efforts, so can you. The point is to never lose hope and give up on yourself.