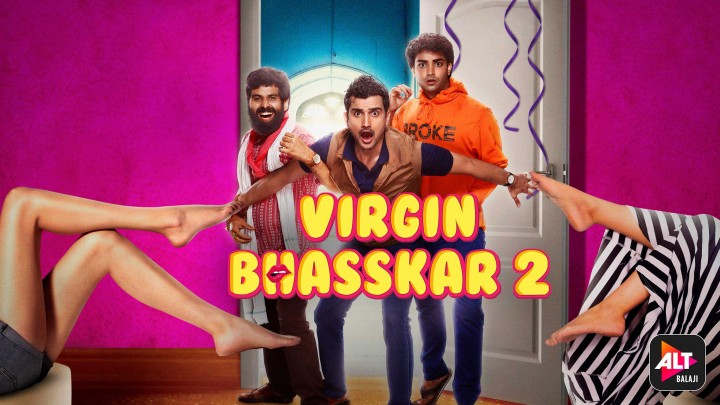 It wasn’t long enough that you witnessed Bhasskar’s attempt at finding love in the first season. Well, we believe that you remember every minute details about him crystal-clear (even today). But hey, guess what? After his previous adventure, the man is back to narrate yet another tale in the most fun way possible. The second season of Virgin Bhasskar promises twice the entertainment, drama, erotica, and truckloads of laughter.

Here are the top 5 reasons why the latest season of Virgin Bhasskar is double the fun. We claim it to be!

Remember how Mishra went all out in the first season to get his best friend laid? Well, his plan might not have worked previously, but hey guess? This time around, he is seen finding new hacks to make it work all over again. To say the least, Virgin Bhasskar 2 is Mishra’s brand new attempt of coming up with naye totke for Bhasskar. And you guys, believe us when we say this all-new adventure will make you ROFL!

Entry of a ‘Bad Girl’

Brace yourself as Virgin Bhasskar Season 2 presents to you a new leading lady who will leave you in splits. Make some noise for Pakhi urf The OG Bad Girl played by Jiya Shankar in the second instalment. Her entry in the web series spices things up a lot more (than you could ever imagine). Well, what can we say? Isn’t that all you need RN? (* wink wink*).

Iska pehla pyaar zaroor adhoora reh gaya hoga. Par Bhasskar ki kahani ab tak khatam nahi hui. The second season of the series sees him romancing two leading ladies. But hey, who does Bhasskar choose? Is it Pakhi? Is it Vidhi? Or does he end up dating both of them? Either way, Bhasskar’s tangled love story is something neither you (nor us) can miss!

Now, all of you know how things between Vidhi and Bhasskar turned out in the first season. But hey, guess what? Bhasskar turned his heartbreak into a romantic novel titled ‘Pyaar ki Vidhi’ in the latest instalment. Yes, you read that correctly. His book is an ode to their love story that won hearts of each and every reader. Interesting, eh?

Virgin Bhasskar ke dialogues pichle season mein jitne kamal the utne hi iss baar bhi hai. Aur kya hi chahiye ab? The second season of the web series is packed with hilarious one-liners that will tickle your funny bones (and no we’re not kidding!) Whether it is Bhasskar’s or any other character’s dialogues, we are sure you will enjoy every bit of it.

Excited much? We don’t blame you! Get the ALTBalaji package that lets you pay 80 paisa per day and don’t miss out on the chance to witness Bhasskar’s rollercoaster ride (once again). Watch this adult comedy web series online before it’s too late! 😀