What comes to your mind when you hear the words – Quantum Physics? Tiny particles, electrons, and strange phenomena? Well, you wouldn’t be far from the truth.

However, the term Quantum Physics encompasses a whole lot more than what you’ve heard about it. This branch of physics has attracted the brightest minds of the past century and so much progress has been made in understanding what our universe is made of.

Here’s a detailed “Map of Quantum Physics” made by Dominic Walliman that describes all the major achievements in this science.

It’s almost impossible to list out all the things that make up this mind map into a single article. Here, we’ve tried to cover some of the most path-breaking and revolutionary ideas to ever come out of Quantum Physics.

German physicist Max Planck published a groundbreaking study on the effect of radiation on a blackbody substance. This event in science is marked as the birth of quantum physics. He demonstrated with physical experiments that energy exhibits the characteristics of physical matter under certain situations.

Various theories of classical physics hint that energy is more of a continuous wave-like phenomenon. Planck’s theory established that radiant energy is made of particle-like components referred to as Quanta. This theory explained the phenomenon of light absorption on an atomic level. He was awarded the Nobel Prize in Physics in 1918 for his work on blackbody radiation.

This phenomenon explains that light and matter exhibit the properties of both particles and waves. Albert Einstein, through his experiments, provided sufficient evidence that light is a form of electromagnetic waves. He stressed that waves must also be considered to be particle-like as packets of discrete energy.

Young slit experiments demonstrated by Thomas Young showed that electrons behave just like waves when studied in a specially developed setup. A peculiar thing noted in the experiment was that the electron wave did not deposit energy over the surface of the detector as should have been the case of a wave. The electrons instead deposited energy at a point as if it was a particle. This established that the electrons propagate in the form of a wave through space and as a particle at a point. This is referred to as the wave-particle duality.

Schrodinger’s cat was not a real experiment but was just a simple teaching tool that was used to illustrate how some people were misinterpreting the quantum theory.

In this imaginary experiment, you place a cat and a tiny amount of radioactive substance in a box. When the radioactive material decays, it triggers a Geiger counter which causes an explosion of gas thereby killing the cat. Now, as the decay of radioactive material is governed by the laws of quantum mechanics, this implies that the atom may decay or may not decay if we apply the observer-driven theory to the case.

As per the quantum theory, quantum particles can exist in a superposition of states at the same time and collapse down to a single state upon interaction with other particles. There were a few scientists who drifted into the realm of philosophy when quantum theory was being developed. They claimed that quantum particles collapse to a single state when viewed by a conscious observer. This concept was found to be absurd by Schrodinger and he devised an experiment to derive a logical outcome.

If there is no conscious observer, then the cat may end up alive. The existence of a cat that is both dead and alive at the same time is absurd and cannot happen in the real world. This experiment proved that wave function collapses are not driven by conscious observers.

The Uncertainty Principle was developed by Werner Heisenberg in 1927. He established that the velocity and the position of an object cannot be exactly measured at the same time and even in theory. It is possible to measure both the velocity and position of an automobile as the uncertainties implied by the principle are too small to be observed when we consider ordinary objects. This principle arises from the wave-particle duality.

The Many-Worlds Theory in quantum physics presumes that the universe splits to accommodate each possible outcome of any given action. This theory removes the observer out of the equation. We cannot influence the outcome of an event by merely observing it as stated by the Heisenberg Uncertainty principle.

The Large Hadron Collider (LHC) is believed to be a marvel of modern physics. Its origin dates back to 1977 when Sir John Adams, the former director of the European Organization for Nuclear Research (CERN) recommended constructing an underground tunnel that could house a particle accelerator capable of attaining unusually high energies. This project was approved 20 years later in 1997. Its construction began with a 16.5 mile-long ring that passed beneath the French-Swiss border. It can accelerate particles up to 99.99 percent the speed of light and can also smash them together.

There are 9,300 magnets in the ring that guide packets of charged particles in opposite directions at a rate of 11,245 times a second and bringing them together for a collision. This facility can create 600 million collisions per second. An estimated $4.7 billion was spent on building the LHC. Over 8,000 scientists from 60 different countries worldwide have collaborated to carry out experiments here.

The researchers at LHC announced the discovery of Higgs Boson particle which solved the puzzle in the Standard Model of physics. Higgs is a field that permeates all of space and drags every particle that moves through it. The physicists are still working to find answers to the loopholes in the theory.

This theory provides a description of all forces and matter in a single mathematical picture. It tries to explain how gravity works on tiny objects such as photons and electrons. Einstein’s General Relativity describes gravity as the reaction of large objects. However, theoretical physicists believe that gravity should behave more like magnetism.

String theory replaces all forces and matter with a single element. However, the initial simplicity of the theory led to unexpected complex string math. It required six additional dimensions to explain the case thereby facing a setback.

All the Technologies Possible due to Quantum Physics

Quantum mechanics has made life-changing applications possible. Although it may seem that quantum physics is nowhere connected to our everyday experience, it is quite essential to modern life.

There is a myriad of things that we use in everyday life that is dependent on quantum physics for its operation. The entire computer industry is based on quantum mechanics. Semiconductor-based electronics rely on the band structure of solid objects. It is because of the understanding of wave nature that we can manipulate the electrical properties of silicon.

Laser, Smartphones, Internet, Telecommunications, Atomic Clocks, GPS, Magnetic Resonance Imaging, and many more rely on the principle of quantum mechanics. Thus, almost all modern digital technology that we use in our everyday life depends entirely on our understanding of the quantum nature of matter and light. 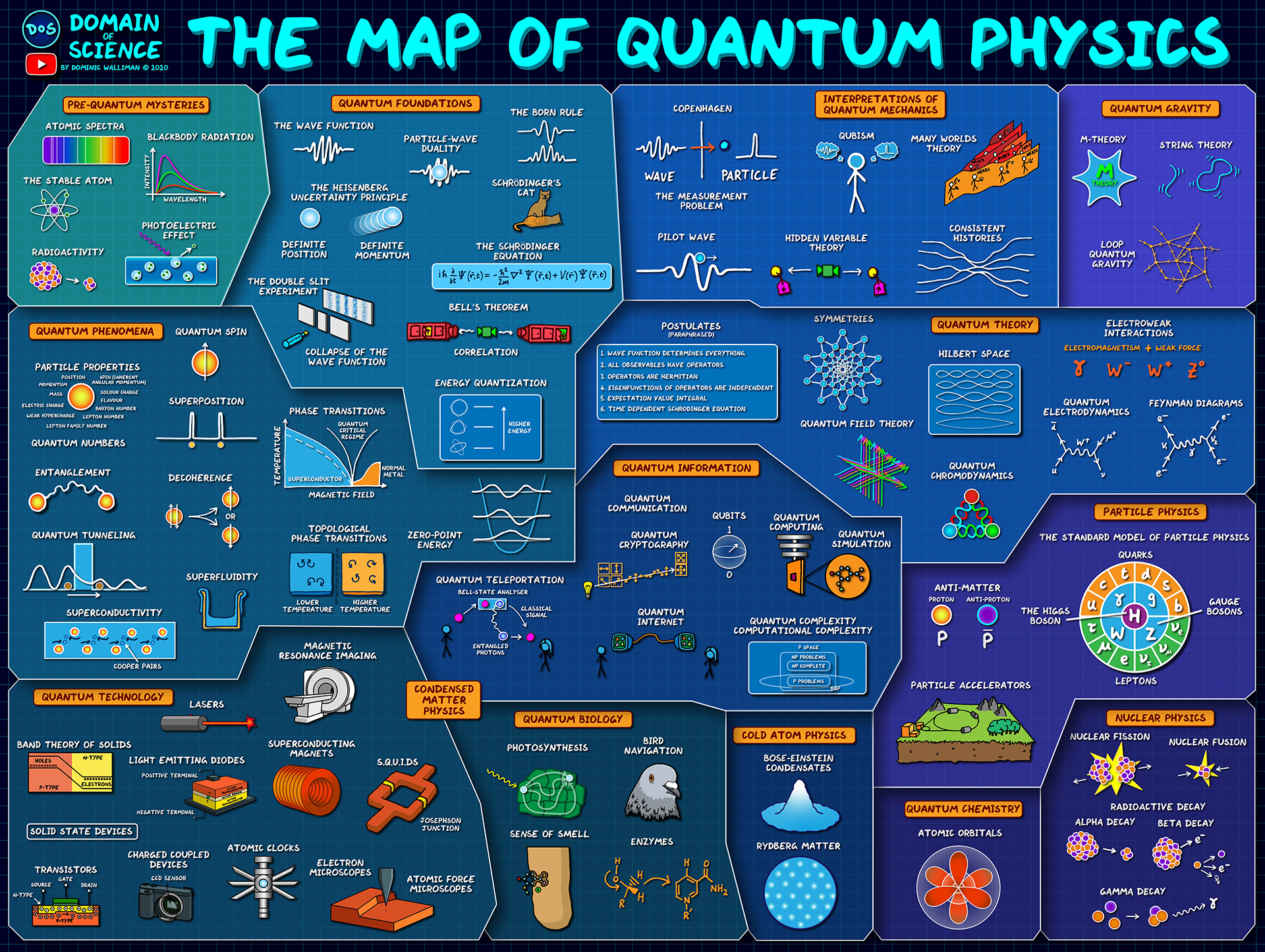