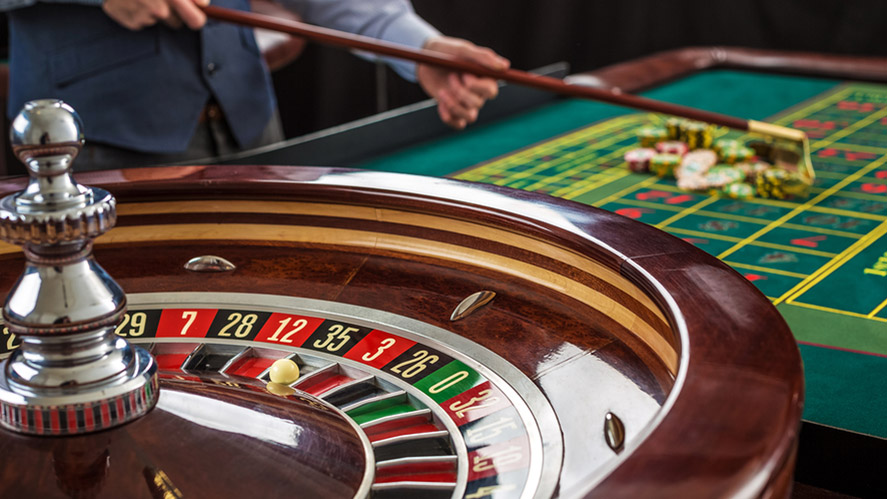 Despite being one of the oldest casino games around, roulette is still hugely popular all around the world. The secret lays in a perfect balance between simplicity and excitement. On one side, everyone can play it because there are no terms like beginners and experts in this game. It’s all about luck, and that’s what makes roulette such exciting to play. Here is a quick explanation of how roulette works.

Other popular games in India: https://www.newsilike.in/popular-online-games-growing-india/

Where to Play Roulette online in India?

There are a lot of online casinos in India offering roulette betting. Chosing a casino could be hard, and using comparison sites like Casinomartini’s indian online casino list is something we prefer.

Roulette is essentially a very simple game. It is played using a roulette wheel that has 37 or 38 numbered and colored slits on it:

A small ball is thrown into a spinning wheel and players bet on a number where they think the ball will stop. Players can bet on individual numbers or on several different groups of numbers. Betting less numbers are less likely to win, however, rewarding players with high gains.

Remember that the numbers on the wheel are not in ascending or descending order. They are arranged in a specific order, which is different for European and American roulette.

In addition to the ball and the wheel, there is a roulette table with a layout that players use to place their bets. Bets can be placed before the croupier spins the wheel and throws the ball. However, they can often be placed even when the wheel and ball are spinning, until the croupier declares the bets are over.

The start of the betting round proclaims the croupier when he says “Place your bets!”, And ends when the croupier says “No more bets!”

The number at which the ball stops is the winning number. Then all bets are settled accordingly. Croupiers collect lost bets, while winnings are paid out to players.

In addition to the basic rules described above, there are some special roulette rules that change the way roulette is played, at least to some extent. The most commonly used and best known of these rules are: LaPartageRule, EnPrisonRule and Surrender Rule.

These special roulette rules benefit the player as they reduce the home advantage and make the player lose less money in the long run. Therefore, if you have a choice, always choose a game with one of these rules.

Please note that these rules are not a standard part of the game and only apply in some casinos. Before you start the game, check whether these rules apply or not.

“La Partage” applies so-called equal-odds bets (red/black, even/odd, 1-18/19-36) that have the same probability of winning or losing, and is used on many French Roulette tables.

If a player places an equal-chance bet and the ball stops at 0, half the bet is returned to the player.

En Prison is a more complicated version of the La Partage rule. Here, instead of returning half the bet to the player, every equal-odds bet remains on the table after the ball stops at 0. The croupier places a marker on it, signaling that the bet is “in lockdown”.

The bet is then evaluated in the next round. If the “prison” bet wins, the original bet is returned to the player. If he does not win, the player loses the bet.

While the two rules mentioned above are used in European and French Roulette variants, “Surrender” is used exclusively in some American casinos as part of their American Roulette game.

It’s basically the same as the La Partage rule, but it applies to both 0 and 00. If the ball stops at one of these numbers, half of each, even the cash bet on outside betting, is returned to the player.