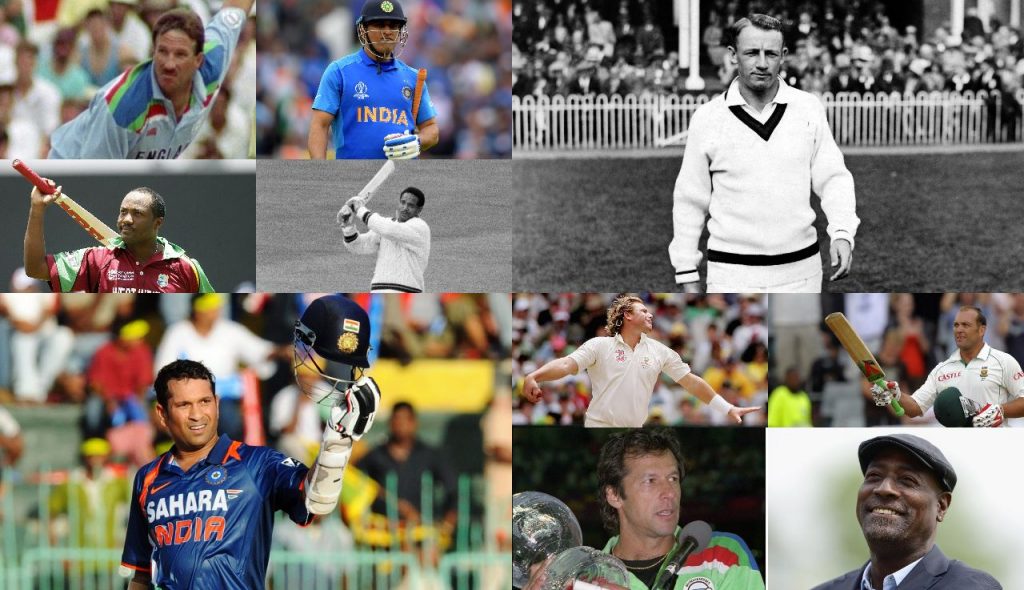 Cricket is a highly famous sport around the world but it is particularly more popular in South Asia. Its fans are some of the most passionate supporters who regularly follow all the games of their favourite teams. However, some also like to mix the experience of cricket with betting through online casino india to take it to the next level.

Sachin Tendulkar is undoubtedly one of the greatest batsmen of all time. He smashed many records during his career. The great batsman has the distinction of being the highest run scorer of all time in international cricket. Not only that, he also has the honour of being the only player to have scored one hundred international centuries. It looks unlikely that anyone will ever be able to break his records.

Tendulkar earned his Test debut in 1989 when he was only sixteen. He participated in six World Cups and was also part of the Indian team that lifted the 2011 World Cup when they beat Sri Lanka by six wickets.

He has won several prestigious awards for his sporting achievements, including Arjuna Award, Kehl Ratna, Padma Shri and Padma Vibhushan.

Sir Donald Bradman is widely regarded as one of the greatest batsmen of all time. He maintained a Test batting average of 99.94 which has often been cited as the greatest achievement in any major sport. His name is enormously popular in Australian cricket folklore. He boasted a 20-year-old player career during which he set many great records.

A huge crowd would come to the stadium just to see Bradman play and the Australian would never disappoint his audience. He was known for his attacking, entertaining cricket. His life is a source of inspiration for a lot of other aspiring cricketers.

After his retirement, Don Bradman continued to serve the sport as an administrator, selector and writer.

One of his great achievements was to score 974 runs against England. He was so good that England used a strategy called ‘Bodyline’ to unsettle him. However, he still performed well for his team.

Muttiah Muralitharan is considered as one of the greatest bowlers ever to play international cricket. The Sri Lankan legend has the distinction of being the only bowler to take 800 test wickets and 530 plus ODI wickets.

His bowling action was called into question on several occasions by umpires. However, his action was ultimately cleared by the International Cricket Council, first in 1996 and then in 1999.

Shane Warne was previously the highest wicket-taker in Test cricket but he overtook the Australian in December 2007. He also surpassed Wasim Akram’s ODI record of 502 wickets in February 2009.

Viv Richards also made a great name for himself in international cricket. He made his test debut in 1974 against India and went on to have a long cricket career. Some writers claim that he also played international football, a sport that is followed by a huge number of passionate fans who love to watch the tallest soccer player in action and enjoy the great sporting spectacle. The Antiguan player’s best years were between 1976 and 1983 when he averaged a huge 66. Richards has the distinction of scoring 8540 runs in 121 test matches. He averaged a remarkable 50, earning 24 centuries in the process. He also served as the captain of the West Indies and won 27 of the 50 Test matches as a skipper.

Ricky Ponting has the distinction of being the most successful captain in international cricket history. As a skipper, he claimed 220 victories in 324 matches, boasting a winning rate of 68 percent. He was part of the Australian team that won the 1999 World Cup. While later as a captain, he led his side to victories at the 2003 and 2007 Cricket World Cups. The right-handed batsman also guided the Aussies to consecutive Champions Trophy wins in 2006 and 2009. He was leading the team during Australia’s golden era.