Gold and silver have been having a difficult time gaining traction, and with the US dollar starting to percolate, the precious metals have come under pressure. Historically, as the dollar trades higher, commodities, which are quoted in US dollars, fall in value to accommodate higher value. The reverse is true when the US dollar falls relative to a basket of currencies. Another phenomenon is that when US yields rise, gold and silver prices that experience online trading also trade under pressure. In late January and early February, Silver prices squeezed higher only to fall back to earth quickly.

In the wake of the Gamestop short-squeeze, the group that targeted the stock also have their eyes on silver prices. The retail stock group on Reddit WallstreetBets pushed Gamestop shares to ridiculous levels, from $11 per share up to more than $450 per share in less than 1-month. The group focused on a company that has a very high short interest. When the news came out that the same group was targeting silver prices, the precious metal surged. In late January, the price of silver rallied approximately 25% from $24 per ounce to above $30 per ounce, only to fall back. As opposed to Gamestop, where there were millions of dollars in the short-term that needed to be covered, the hedge fund was nearly long silver prices when WallstreetBets began to purchase the precious metal. According to the latest commitment of traders report released for the date ending February 2, 2021, hedge funds were long more than 62K contracts of silver compared to short 22K contracts. 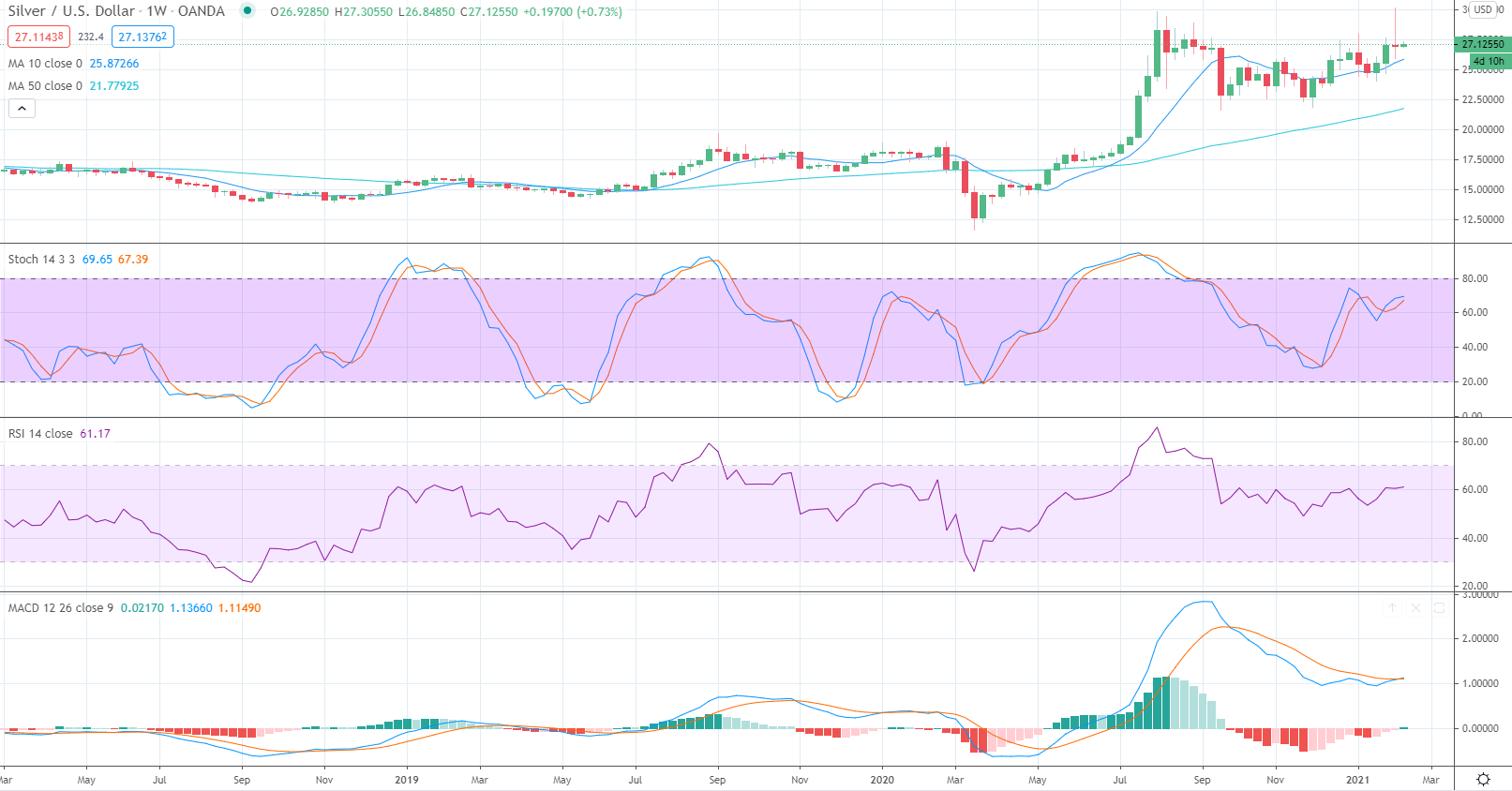 Silver and gold prices have taken different routes as the dollar gain strength, and US yields have climbed. Silver prices appear to be forming a weekly cup and handle pattern, where prices surged higher in the summer of 2020 and then consolidated, forming a cup and handle. A close above the higher near $31 would target higher levels, potentially moving toward target resistance near the 2011 highs at $50 per ounce. Medium-term momentum on silver prices has turned positive. The MACD (moving average