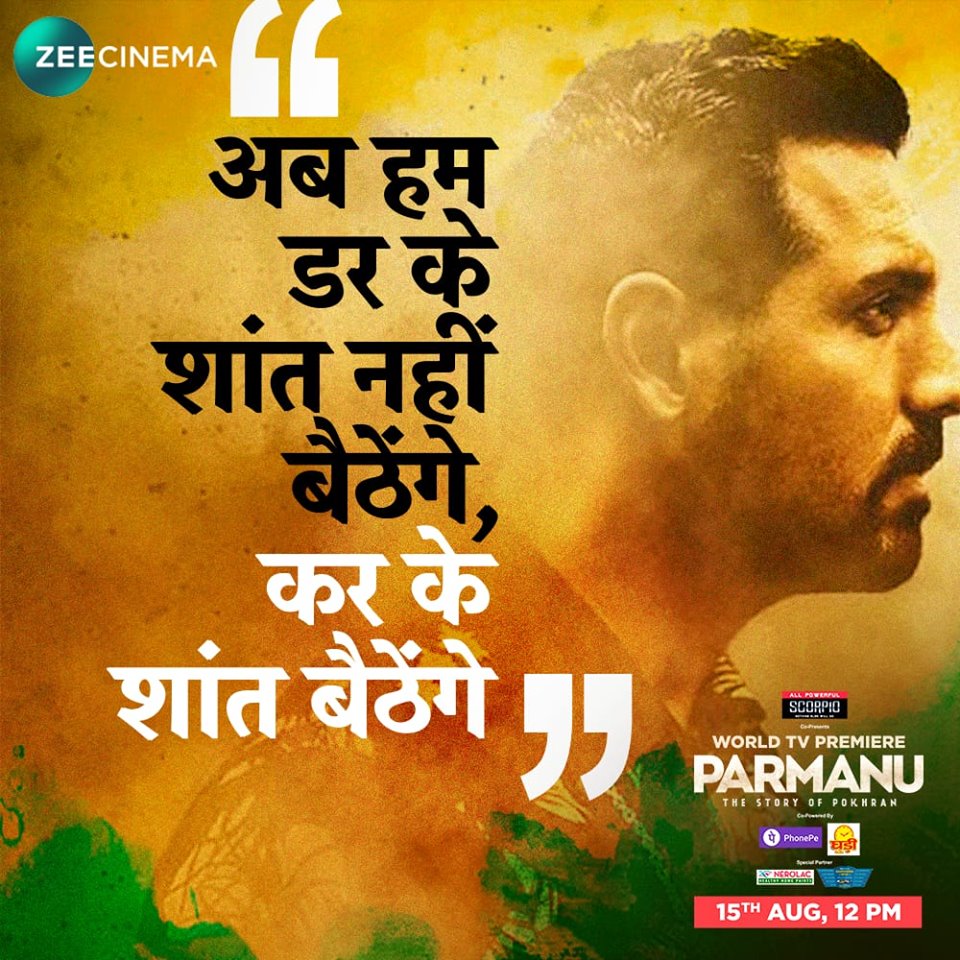 Pokhran-II was the series of five nuclear bomb test explosions conducted by India at the Indian Army’s Pokhran Test Range in May 1998. It was the second Indian nuclear test; the first test, code-named Smiling Buddha, was conducted in May 1974. On 11 May 1998, Operation Shakti (Pokhran-II) was initiated with the detonation of one fusion and two fission bombs.The chief scientific adviser and the Director of Defence Research and Development Organisation (DRDO), Dr. Abdul Kalam, and Dr. R. Chidambaram, the Director of the Department of Atomic Energy (DAE), were the chief coordinators of this test planning. The scientists and engineers of the Bhabha Atomic Research Centre (BARC), the Atomic Minerals Directorate for Exploration and Research (AMDER), and the Defence Research and Development Organisation (DRDO) were involved in the nuclear weapon assembly, layout, detonation and obtaining test data. On 13 May 1998, two additional fission devices were detonated, and the Indian government led by Prime Minister Atal Bihari Vajpayee shortly convened a press conference to declare India a full-fledged nuclear state. Every country always had its most prestigious moment which changed its identity on the global platform. The Pokhran test was a one such moment for India. It was watershed moment and an act of biggest nuclear espionage in the history of India. This year marks 20 years of this manifesto. 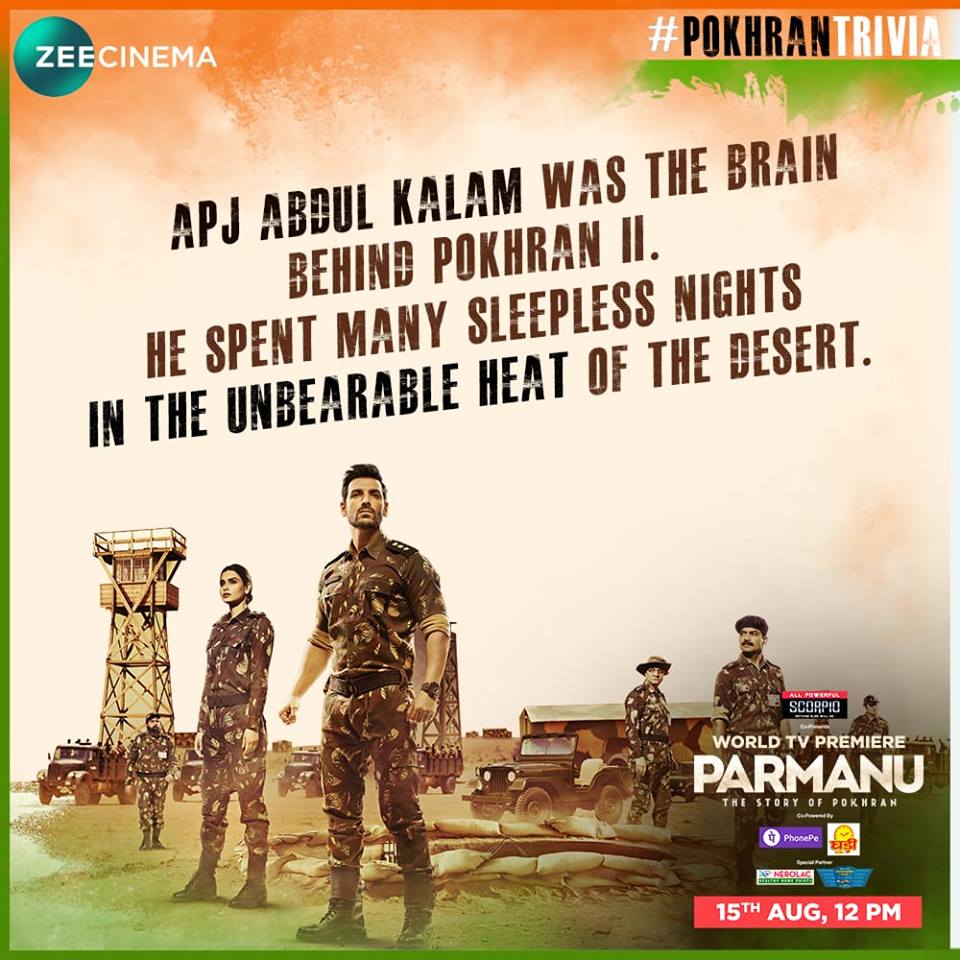 We as the citizens of India have almost forgotten the main importance of Independence Day. This day is just celebrated as a normal holiday in most part of our country. If not, because of the day it is being celebrated, we remember the heroes of our freedom struggle. However, majority of us do not know the major accomplishments India have achieved after its independence. On this Independence Day, Zee Cinema is showcasing this India’s superpower moment with the World TV Premiere of ‘Parmanu – The Story of Pokhran’ on 15th August at 12 noon. Directed by Abhishek Sharma, the movie stars John Abraham, Boman Irani, Diana Penty amongst others in pivotal roles. Parmanu highlights the failures and the hidden facts that no one paid attention to and celebrates the unsung heroes of the experiment that put India on the global map as a nuclear superpower. Along with the superlative acting of the protagonists, this edge-of-the-seat thriller boasts of original news footage of a moving speech by former Prime Minister Atal Bihari Vajpayee and excerpts of US President Bill Clinton and ex Pakistani Prime Minister Benazir Bhutto. 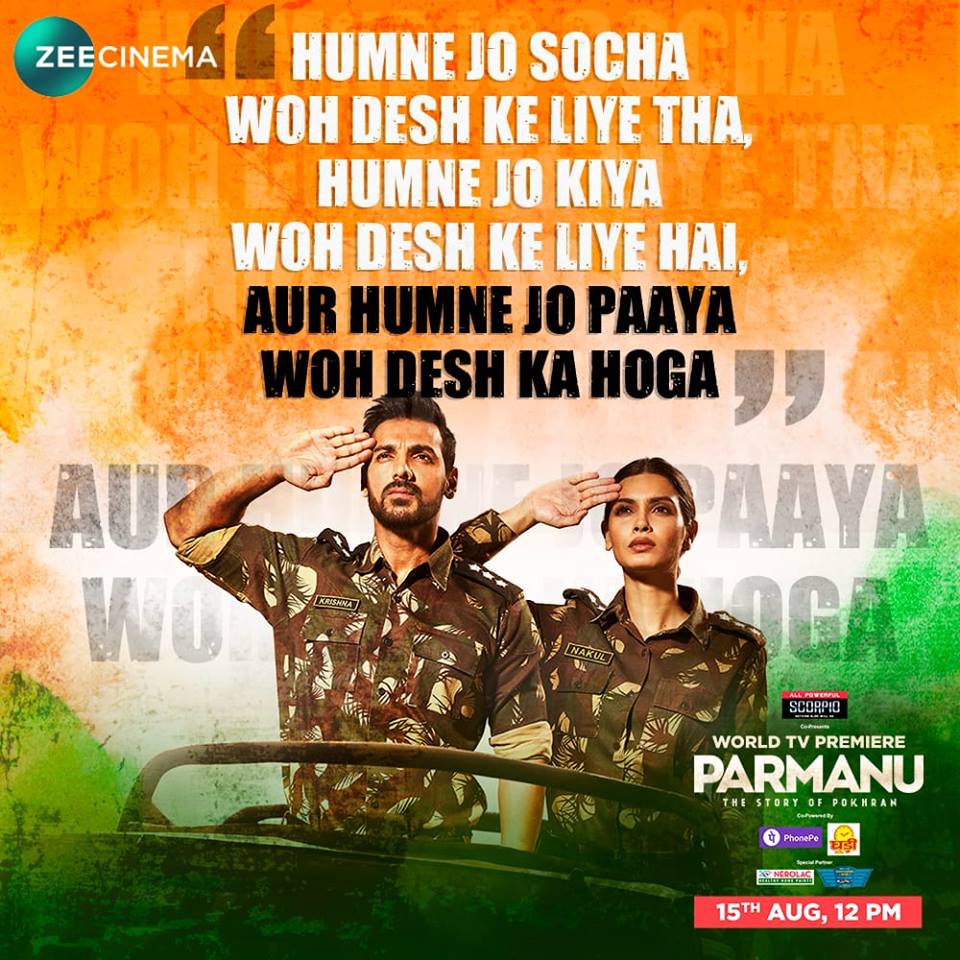 Today’s younger generation are definitely oblivious about the Pokhran tests and the impact it had on the history of India being a nuclear superpower. Well made movies like Parmanu can obviously give them information and knowledge about this historic incident. These unsung heroes should be made popular amongst the youths so that they could learn the amount of  hardwork and the dedication these heroes went through to successfully complete the task on hand efficiently. Barring all the fuss going around them like pressure from  International bodies, within the government. Parmanu depicts this heroism beautifully on screen. Experience it!

Watch the World TV Premiere of Parmanu – The Story of Pokhran, on 15th August at 12 noon only on Zee Cinema