If you ever ask anybody you know on whether they have any knowledge of card games, you will find that almost everyone has a specific game they play. The popularity of the different games varies greatly with the more popular games being played more often. Other games, however, are locally innovated and are therefore known by a small population.

The rules of the different games might vary between groups or individuals. If you question the players of a simple card game, you may find out that their understanding of the games’ rules differs. Even though some games bring about conflict and confusion, every player understands some of the widely popular card games. Among the most favored card games around the world are Poker and Blackjack. 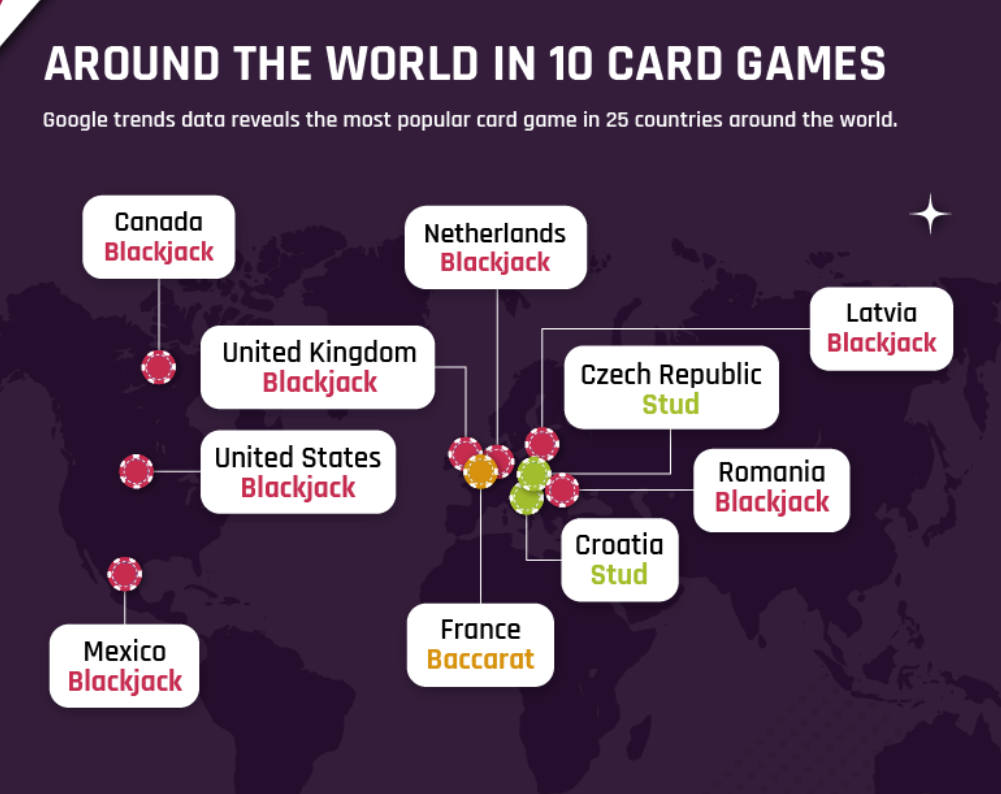 Blackjack is so well known globally that you are guaranteed to play a game or two when you walk into a casino located anywhere in the world. The goal of Blackjack is to reach the number 21, which makes it both short and fun to play. Most players prefer to play Blackjack as it is easily understood compared to other card games.

When you are playing, you get few cards in the beginning, and from there, you add numbers, calculating the probability you will get the last card to seal the deal and end the game. Blackjack has some rules that differ from other types of card games played. For instance, you can ask to be dealt another card or stop being dealt by making specific gestures at the table.

Poker is another widely known and played card game. It is known to be of American origin. Betting in poker is what makes the game stand out in comparison to the other types of card games. Although some other features suggest a similarity with other card-playing games, its unique betting structure separates it from other card game variations that existed before.

A possible origin is said to be when Mississippi Riverboats engaged in gambling around 1820. The game is said to have significantly spread with the said Gold Rush to the West and with the river to the North. After the cowboys were done with driving cattle and breaking horses, poker became the go-to entertainment source as they relaxed at a campfire. The game is shown to have required luck, skill, together with a better friendly competition attitude, unlike some other card-playing games. The betting was done with even matchsticks and pennies that raised the stakes.

Various variations of the card game have spread throughout the country and the globe. However, Poker took off from 1980s after Congress passed an Act known as the Indian Gaming Regulatory Act. The law was to legalize all the casinos found on American soil. Before the introduction of this law, gambling in the United States had been extremely regulated. Different areas of the country grew fond of different variations of the game, but poker, dubbed Texas Hold’ Em, dominated the west region of the U.S as the most played card game.