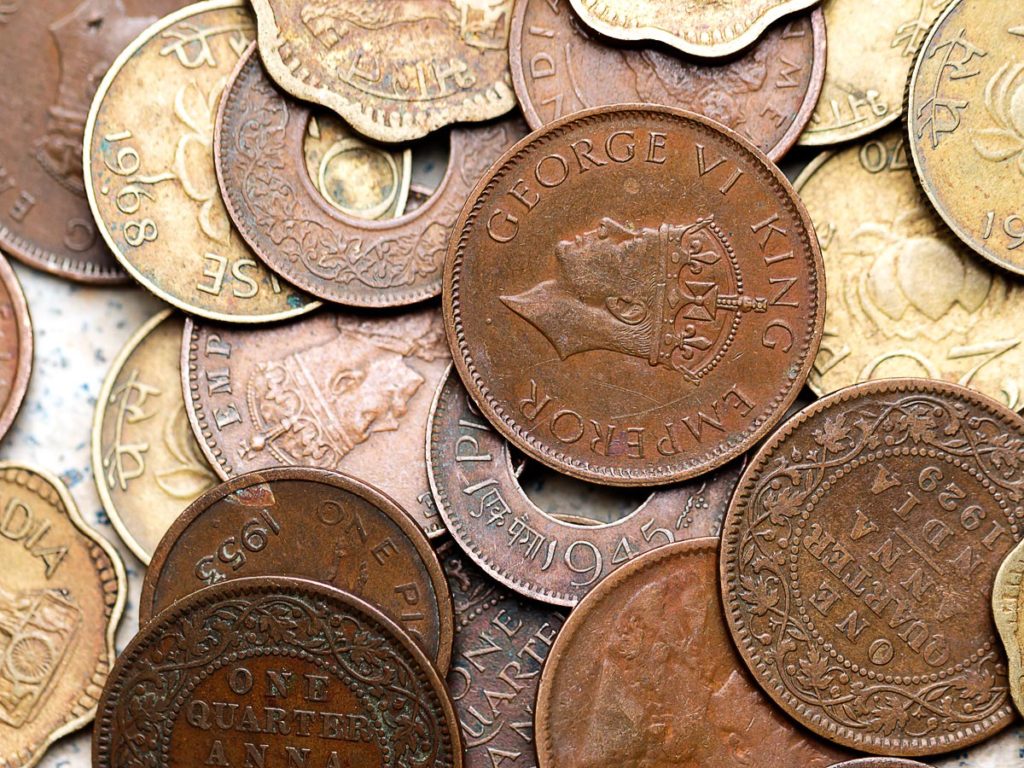 Ancient Indians were considered to be the earliest issuers of coins in the world along with the Lydians and Chinese. The first use of coins in the Indian subcontinent can be traced back to the 1st millennium BCE to the 6th century BCE. The first rare Indian coins were made of silver and copper and were called Puranas and Pana. There is no significant evidence available about the use of currency during the Stone Age. However, during the Indus Valley Civilization, there was a well-established extensive trade network. Even the Harappans used metals like silver of fixed weight for mercantile and trade activities.

Coins during Vedic Period and Janapadas

The Rigveda, the oldest and sacred Sanskrit text, has references to Nishka and Nishka Greeva. These refer to gold and gold ornaments but there is no evidence to learn if these could be understood as coins. The usage of coins in the Indian subcontinent dates back to the 6th century BCE which was in the context of the emergence of states and the rising trade activities as mentioned in Panini’s and Buddhist texts. What is noteworthy is that the basic unit of the weight of the rare Indian coins was the black and red seeds of Gunja berry (Abrus precatorius).

The most conventional system of coins began with the circulation of punch-marked coins. These were made mainly of silver and copper and were hammered using dies and punches. A standard punch-marked coin weighed around 32 rattis (about 52 grains). These coins were popular until the early centuries CE.

Coinage during the Mauryas and Indo-Greeks

The Mauryan Empire continued using punch-marked coins but ensured they adhered to the royal standards for ensuring authenticity. The next prominent range of rare Indian coins was issued by the Indo-Greeks. They executed minting in a much-refined manner. The coins were either circular or rectangular and bore the name of the issuing ruler along with depicting legends. These coins had descriptions in Prakrit language, a group of Indo-Aryan languages.

Coins during the Kushanas and Gupta Period

Kushanas were the first dynasty to issue gold coins in the subcontinent while the lower denominations were made in copper. The coins bore the title, name, and figure of the ruler on the obverse. The other side usually carried images of the deities. The Guptas also used gold coins which bore impressive legends in Sanskrit. These rare Indian coins were used mostly in North India and were called dinaras. Post the Gupta-era, dynasties like Palas, Paramaras, Chalukyas, Gurjaras, and others used coins that included the bust of the ruling sovereign in geometric style.

Coinage during the Cholas

The coinage during this period was similar to the coins used elsewhere in other south Indian dynasties. The coins bore a tiger crest and emblems such as fish and bow.

Coins serve as an important source of information about the historical processes. They highlight the economy and polity. For instance, the wide use of Kushana coins and their distribution indicates trading activities. The presence of ship motifs indicates the importance of maritime trade. Western Kshatrapa coins even have dates inscribed on them. Whether dated or not, coins have helped archaeologists date the layers of time.

If you want to learn more about rare Indian coins, you can check out this brilliant coffee table book depicting the illustrious history and artistic heritage.