In the southwest of Turkey there is a stunning stretch of coastline where the Mediterranean and the Aegean sea meet below jagged cliffs and majestic mountains. The region is widely known as the Turquoise Coast due to the dazzling shade of the crystal clear water. While seas can be rough with strong winds and rain throughout the winter, from April through to October the sea is gentle and winds are warm, making it an idyllic location for sailing and cruising holidays.

Unless you are lucky enough to own your own yacht on the Turquoise Coast then you will have to consider whether you want to take private yacht tours or join a standard cabin charter on a preplanned Blue Cruise. There are pro’s and con’s to both options but generally going private is a good choice for those travelling with children or in a large group, particularly during high season when tickets and hotels are booked up quickly. With private yacht charter you will have more freedom to choose your route and change your itinerary to suit you, it can also be a more economical option for groups. However, if you are traveling solo, private tours and yacht charter can be quite expensive, and while a private charter will allow you to enjoy the peace and tranquility of the Turkish Riviera, standard cabin charter can be an excellent way to meet other international travelers and share your sailing experience.

Which Season to Go? 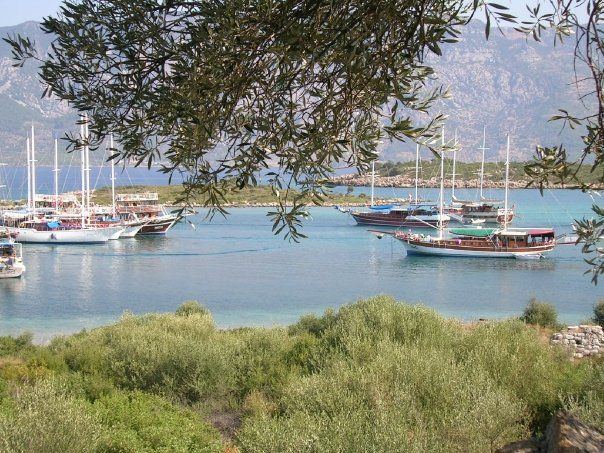 Between april and the end of October is the best time frame to visit the Turquoise coast, outside of these months the water is too cold for swimming, seas can be rough and often travel agencies close down for the winter which would make private charter your only option. June to August are the hottest months of the year and also peak season in the southwest of Turkey, so while you are almost certainly guaranteed warm and dry weather for your cruise, prices will be higher and if you book standard cabin charter then your boat will definitely be filled to capacity. For this reason some prefer to visit in the spring or autumn time when the sun is not so strong and the region not so crowded. Although there is a higher chance of rain in April and October the sun should still be shining and the sea is still warm enough to swim in. Many centuries ago the southwest of Turkey was known as the Lycia region, dominated by strong, independent Lycian settlers who built sturdy fortresses in the foothills of the Taurus mountains and prosperous port cities for trading on the Mediterranean sea. Their cities withstood countless Arab raids and Greek-Roman invasion and even maintained their power under the reign of Alexander the Great. Sadly their time came to an end and cruising along the Turquoise coast you can visit a number of their fallen cities and elaborate burial sites. Among the most impressive is Simena Castle which stands on a hilltop surrounded by open sarcophagi in Gokkaya bay overlooking the sea, with views of Castle Village and the Sunken City of Kekova.

The Turquoise coast boast some of the most impressive scenery in the entire country and traveling by boat is the only way to reach the most beautiful spots. Sailing along the coast can take you to unique places like the Butterfly Valley, hidden between sheer cliff faces this natural wonder is home to over 100 species of butterfly and a pretty waterfall. An experienced captain can also guide you through the islands and bays in the protected Kekova region and take you to the mysterious blue cave, which can only be entered when the tide is low and the sun reflects of the transparent water making it glow like the sky and casting a royal blue shadows on the stone roof. 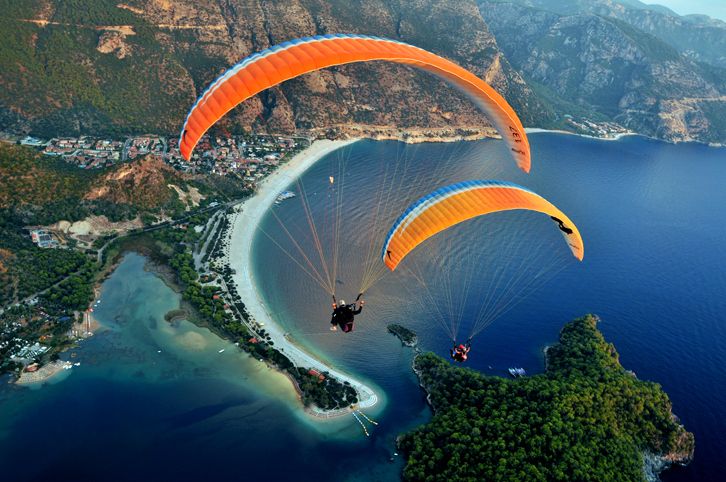 If you think cruising will be boring then think again because the southwest coast is a prime location for thrill seekers. Private speed boats occupy certain bays waiting to whisk passengers away on banana boats and inflatable chairs. You can also go paragliding from the peak of Babadag, voted one of the best spots in the world for the sport, or sail to Kas and Kekova for scuba diving among abundant exotic fish and stunning coral reefs. You can also make a stop at the Sunken City to kayak over the ancient city walls or stay a few days in Olympos for rock climbing. 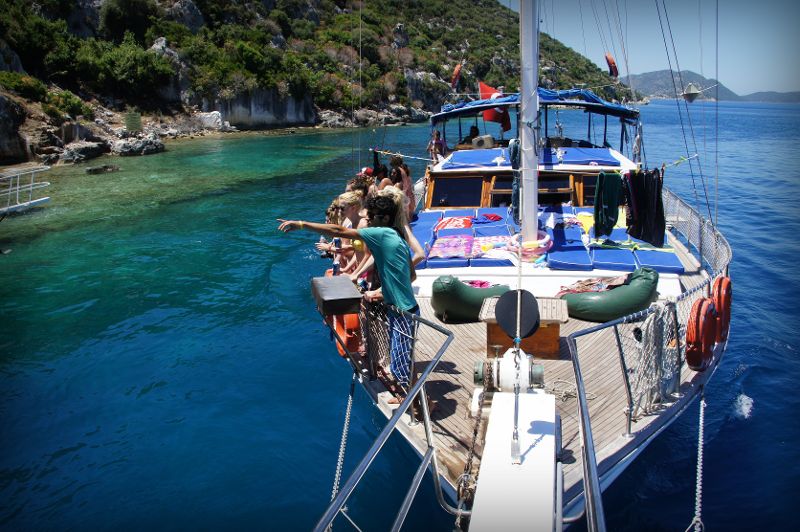 The legendary Blue Cruise is the sole reason that many tourist choose Turkey for their summer vacation. Days of tranquil sailing between isolated coves and visits to hidden blue caves plus a few ancient ruins and nights sleeping under the stars undoubtedly makes for a unique holiday and there are many different routes to choose from. If swimming in secluded bays and watching for wildlife is top on your list then a Marmaris Fethiye Blue Cruise could be perfect for you. The cruise calls at Turtle beach to visit the Caretta Caretta nesting area, with optional excursions on the emerald green Dalyan Delta. But if you prefer visiting historical sights, scuba diving and stopping by quaint rural villages and island beach bars then you might prefer a Fethiye to Olympos Blue Cruise on Turkey’s magnificent Turquoise Coast.