What is a woman’s superpower? Socho, socho. Think harder. Perhaps, being a woman itself! That’s right, ladies and gentlemen. It takes courage to be the one fighting against the odds, rising above social norms, religion, caste, and everything in between. It indeed is a superpower that nobody talks about. Par iss baar ALTBalaji chup nahi baithega. Ye bolenge. Aur jab ye bolenge toh sabko sunana padega.

ALTBalaji’s upcoming show, The Married Woman tells us the tale of two bold and beautiful women. Peeplika (Monica Dogra) and Astha (Ridhi Dogra) who’re onto their life journey against the social pressure. In the recently launched teaser of the show, you will get a glimpse of their lives and struggles. 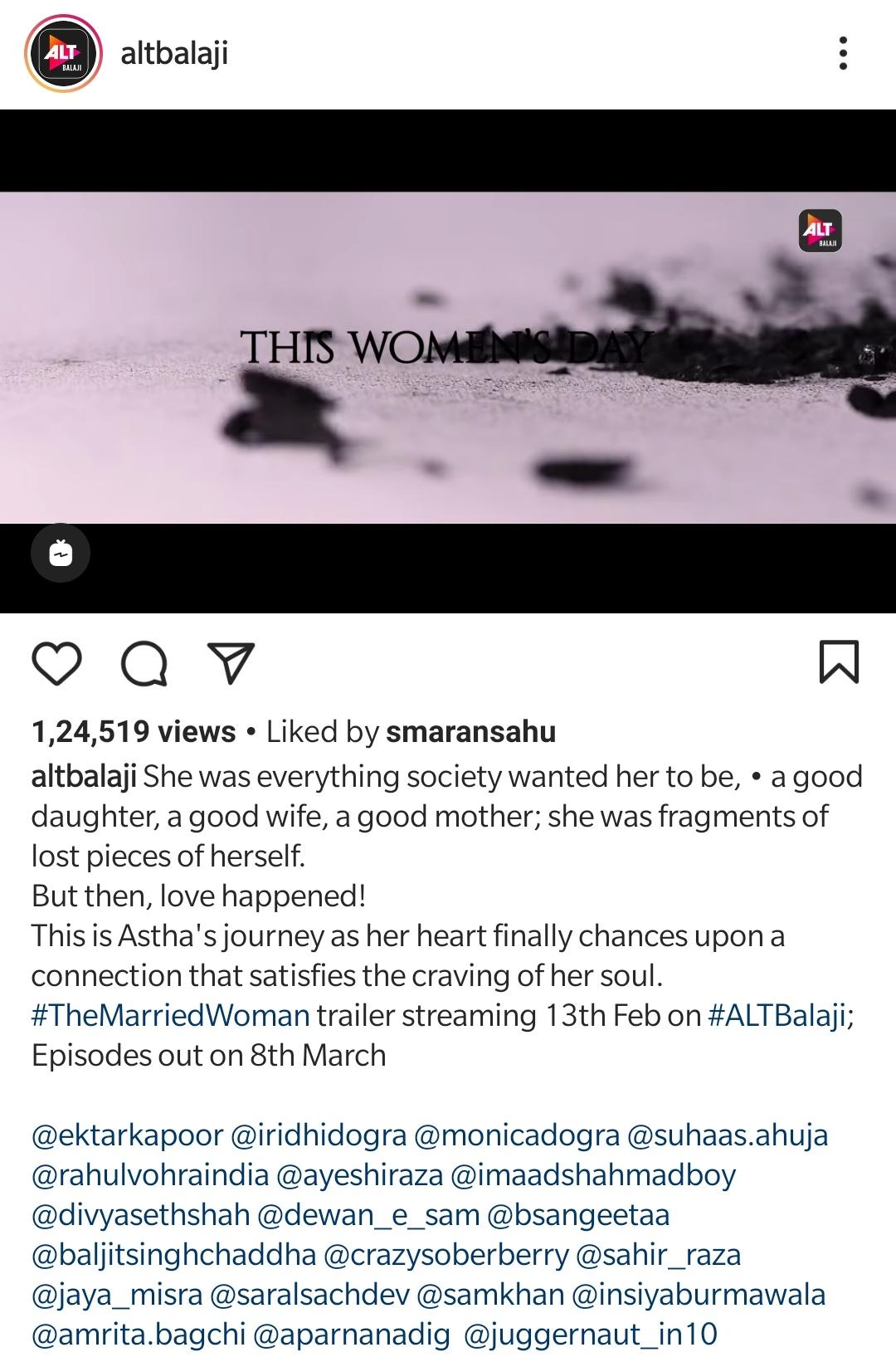 In ALTBalaji’s The Married Woman web series, two of the most stunning actresses of the industry, Monica Dogra and Ridhi Dogra will be seen in pivotal roles. The gorgeous on-screen duo will be seen essaying contrasting characters in the show. What really adds to their story is their attraction towards each other despite their opposite personalities.

The very beautiful Ridhi Dogra will step in Astha’s shoes who happens to be a simple middle-class woman hailing from Delhi. The 31-year old Astha is a perfect wife, bahu, and a mother. While she aces at every role in her life, she forgets to look after herself amidst the banter.

Speaking of being a part of The Married Woman, Ridhi Dogra said to Indian Express, “It’s not just a story about two women and same-sex relationship, it’s much more than that. As an artist, I really didn’t have any inhibition. I was sure if anyone must make such a show it should be coming from Ekta because she is truly a boss babe. I think this is a huge opportunity for me, great space and I am so glad that I waited so long for this one.” 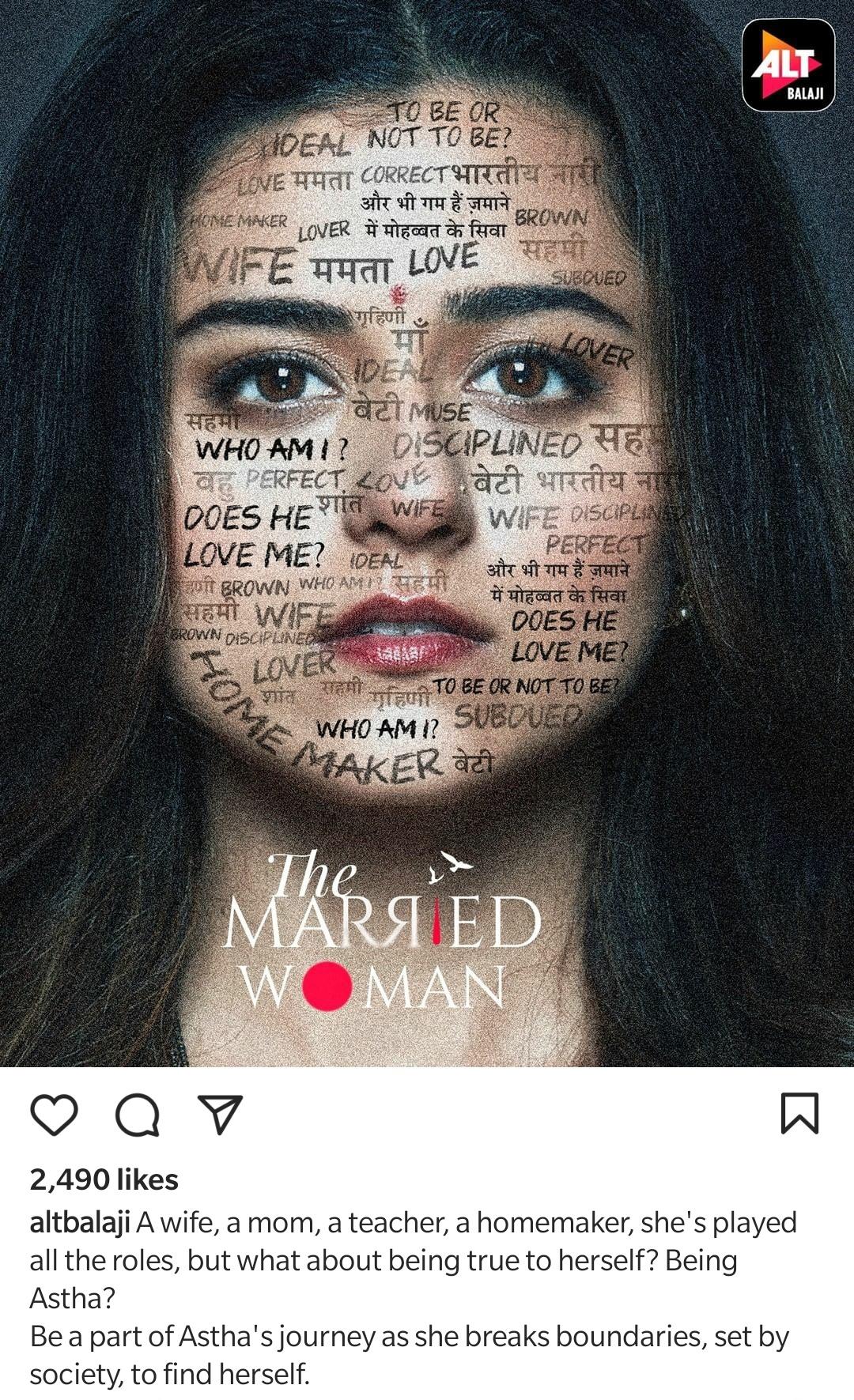 On the other hand, Monica Dogra will be seen playing the role of a 35-year-old artist, Peeplika. She makes a living out of painting women. She is gorgeous and carefree. Her bindaas approach towards life sets Astha free and helps her stand up against her family. In short, Peeplika becomes Astha’s strength and voice! 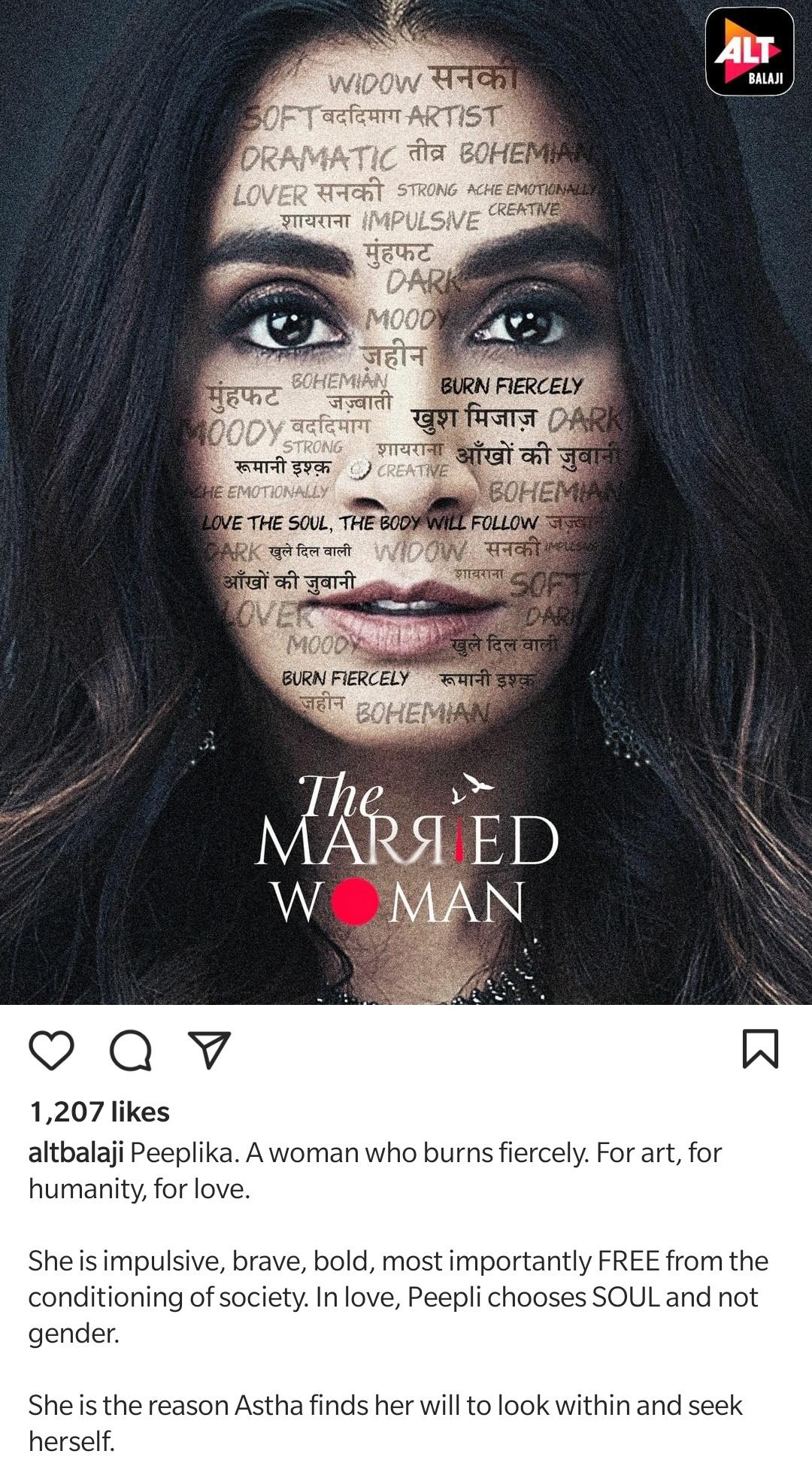 ALTBalaji’s The Married Woman web series is a plot based on Manju Kapur’s novel. Set amidst the backdrop of Babri Masjid demolition in 1992, the series is a beautiful saga of two women who cross each other’s paths and find love. The unconventional relationship between the gorgeous lead duo remains the highlight of the show, The Married Woman.

Starring Ridhi Dogra, Monica Dogra, Suhaas Ahuja, Rahul Vohra, Ayesha Raza Mishra, and other popular actors, The Married Woman is ready to take the digital world by storm on 8th March. So, are you excited? Get started with an affordable ALTBalaji subscription package today to never miss the opportunity to watch this one-of-a-kind web series. Crashh & Bekaaboo 2 are other future releases of ALTBalaji. Hurry!

Should You Refinance Your Mortgage Post-COVID?

5 life hacks to save money when shopping online