Operation Parindey is an action-packed ZEE5 original movie based on one of the most controversial jailbreaks ever in the history of India. The movie stars Rahul Dev, Amit Sadh and Kunal Kumar in lead roles and has been directed by Sanjay Gadhvi. 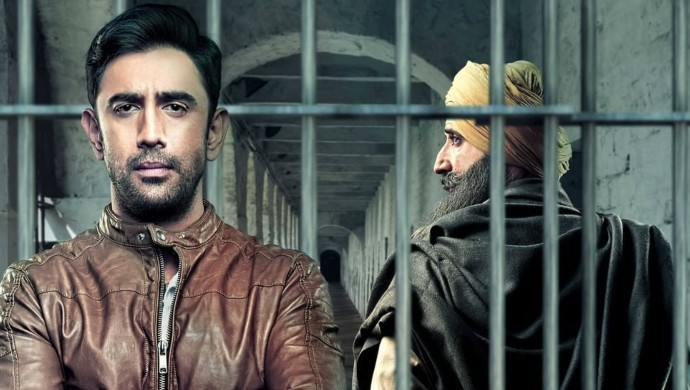 Operation Parindey is based on the infamous Nabha jailbreak and the entire plot seems nothing less than a Bollywood thriller. 10 armed men stormed the high security of Nabha jail in Patiala to free the Khalistan Liberation Force chief, Harminder Singh Mintoo. This led to a massive manhunt within 24 hours and led to his arrest in Delhi.

The daring plot was planned meticulously and executed to near perfection. The KLF chief is an accused in 10 terror-related cases and was a prized catch for the police force of Punjab. Here is a step-by-step account of how the action unfolded during 24 hours.

Dressed in police uniforms, six criminals arrived outside the secure prison of Nabha in two cars at 8:30 am on 27th November 2016. One car was a Hyundai Verna and the other was a Toyota Fortuner. Five men pretending to be policemen, brought a prisoner in handcuffs to the jail. The guard let them in believing them to be police personnel.

The criminals gained access to the inner gate which is roughly 50 meters from the outer gate. They put up a great act of lodging the “prisoner” into the jail. They overpowered the guard when he tried to open the door and started firing.

8:45 am: They got access to the pathway that connected the prisoner barracks. Two terrorists Kashmir Singh and Mintoo were waiting with four other gangsters in the prison. They continued to fire with small arms and shotguns.

8:50 am: They snatched an SLR rifle from a guard and tried to exit the jail in two vehicles setting six prisoners free. They continued to fire while trying to find a way out.

8:55 am: They reached a closed railway crossing. They tried to go past it but failed to do so. They turned around and passed in front of the jail once again and kept firing all through. They managed to escape from the jail towards Nabha and then headed towards Samana which is a highway connecting to Haryana Border.

A jail guard fired 11 bullets from his light machine gun but none of the criminals were hit during the process. Eyewitnesses reported that the police opened fire only after the criminals escaped. The information soon zoomed across the state and check posts were set up. By now it was 10:30 am.

The Punjab Police tried to flag down a car at the border but failed. An innocent girl was shot unfortunately during the process. The state police announced a high alert in Haryana. By 11 am, the criminals reached Kaithal.

Kashmir Singh and Harminder Mintoo separated from four other criminals with whom they escaped. The entire plan was devised in less than three months before the actual jailbreak took place.

At around 11:30 am, Harminder Mintoo took a bus to Kurukshetra. He trimmed his hair and beard in an attempt to disguise. He then took another bus to Panipat and then headed to Nizamuddin Railway Station. At the same time, an emergency meeting was held by the then Punjab home minister.

In the afternoon at 1:30 pm, the deputy chief minister formed an SIT to investigate ISI connection in the escape.

By evening 6:00 pm, the UP Police nabbed one accused at UP-Haryana border, Palwinder Singh. He was one of the 10 criminals who devised the escape plan from the jail.

Harminder Mintoo reached Delhi by 9:00 pm the same day and called a relative residing in West Delhi. The call was monitored by Delhi Police. This information was passed on to a special cell formulated by Delhi Police. Mintoo planned to exit the country from Goa. However, the police nabbed him and took him into custody. All this happened between 9:00 pm – 2:00 am.

Right after this, raids were then conducted by special cells at different locations in Delhi to nab Kashmir Singh and the others. The next day on 28th November, police find a white Hyundai i20, the third getaway car from Kaithal.

Apart from Delhi, Haryana, Rajasthan and Punjab police, national security advisor Ajit Doval was also a part of the operation. 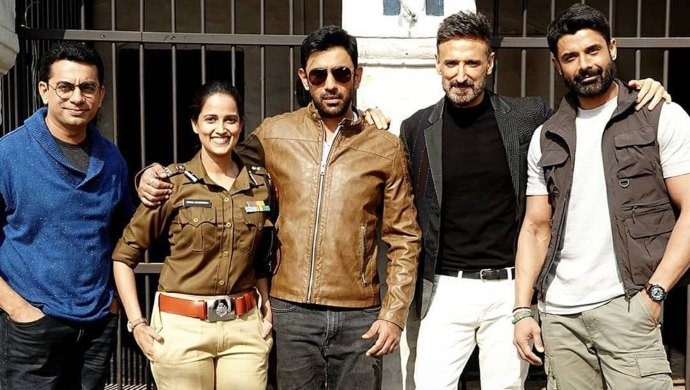