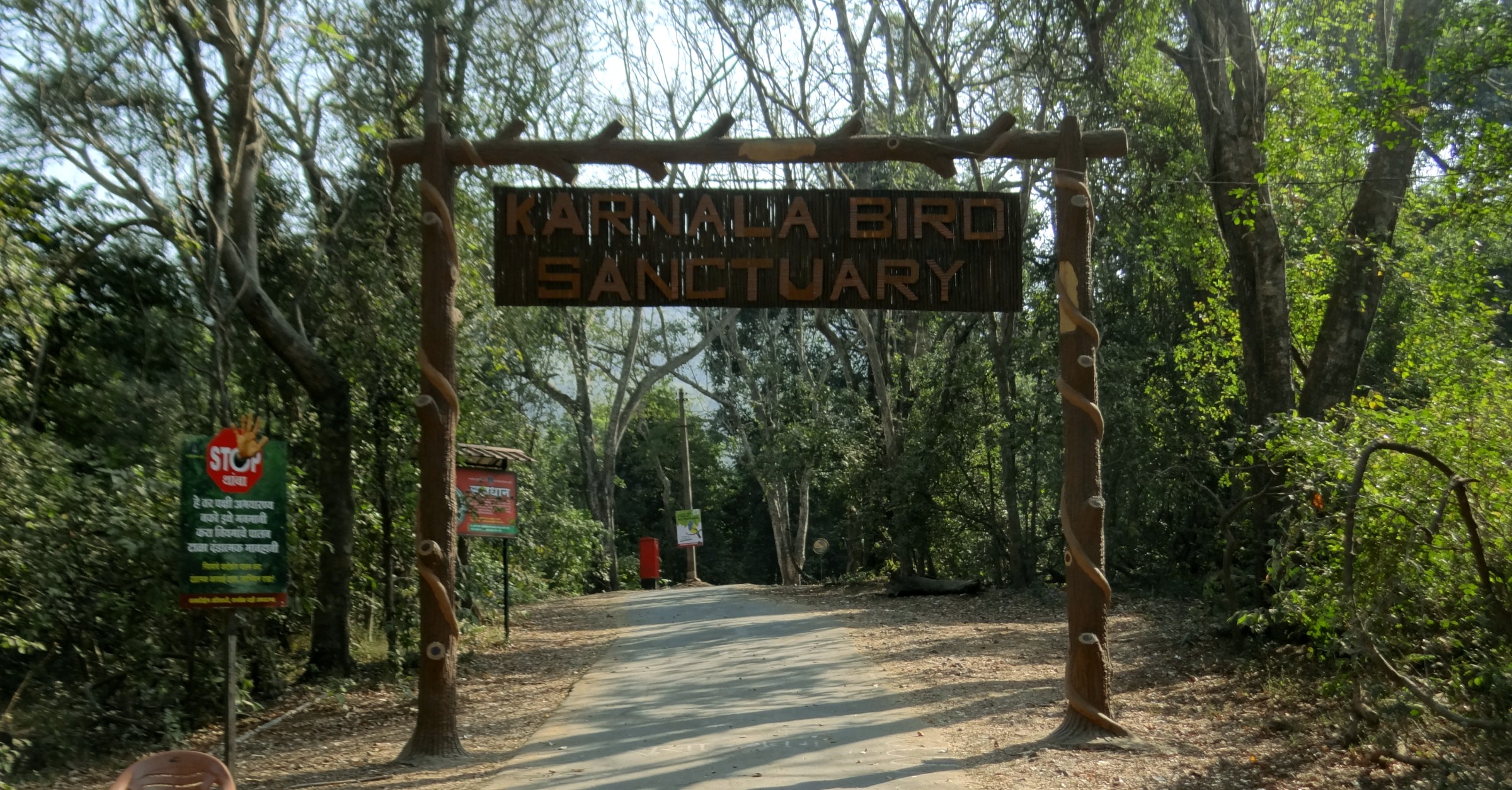 I like talking about hidden gems. It can be quite a satiable desire to come across hidden gems – from eateries to roads less travelled. Hidden gems – the ones I come across are something I put on my shelf, a sort of pride that I carry around for finding them. And, this week, on my Birthday month, I owed it to myself to unearth a discovery.

Each year, I would go out to scout out for hidden gems in cities across India. Since I was visiting Mumbai for a short work trip, I thought of lending my pair of eyes for the purpose of finding a hidden gem. And, the excruciating search led to the discovery of  Karnala Bird Sanctuary. Although I had a very unreciprocated tenure with Bird Sanctuaries, this place was my only choice, being close to Mumbai.

Where is this hidden gem located?

Nestled right in the heart of Raigad district of Maharashtra, the Sanctuary is 10km shy from Panvel. The Sanctuary is just a half-hour taxi ride from the Panvel station. There are over 200 recorded species of birds found in this place spread over an area of 12.11 sq km.

I was supposed to meet a fellow group of travellers who also agreed to come along. But they were held up at Kharghar. So, for the sake of everyone’s convenience, I booked a reliable and hassle-free taxi service in Kharghar. From Kharghar, we decided to hit the road until we reached the Sanctuary. On our way to the Sanctuary, Jiten pointed out that there’s a 600-year-old hill fort that is situated within this area. And, he insisted that I visit it on our way to the Sanctuary.

The itinerary seemed short, crisp but exciting for a day-long trip. The track would have been less attractive if Jiten hadn’t mentioned Funnel Hill. Eventually, we all reached the entrance where each of us had to spare 25 INR as the entrance fee. Some of us who carried the lens had to pay more. The one thing that struck me the most about this Sanctuary is the level of intricacy surrounding their concern against plastic bottles. I had to leave a small deposit for the bottles and packets that I had with me. However, the deposit is refundable if you can produce the items that were with you before entering.

What did we saw at the Karnala Bird Sanctuary?

If you are an admirer of birds or a bird-watching enthusiast, then you can easily spend hours observing them. The birds that I was able to see were the Malabar Grey Hornbill, Grey-fronted Green Pigeon, Malabar Parakeet, Small Sunbird and the Nilgiri Woodpigeon. I was lucky to spot butterflies here and there. Upon enquiring, I got to know that there are around 114 species of them found here in this habitat.

We started our ascension and were greeted by the ever erect Karnala Fort. The trek was more relaxed than I had anticipated. But, it was probably because I had done this before.

Trivia Time: The dilapidated fort was erected around the 1400s. Shivaji’s troop used it as their observatory.

We followed the demarcated trail since none of us was in the mood to get lost. One thing that I wish I had carried were my pair of binoculars. However, if you are coming here for the bird, then please carry one by all means.

I heard that the public transport here is a bit unnerving, so I had already booked a cab in Mumbai for a comfortable road trip back home. It was late afternoon, and the road back home felt like a well-deserved resting spot. On our way to Panvel, we decided to make a stop for some food. Shortly after I had dropped my friends at Kharghar, I returned to Mumbai.