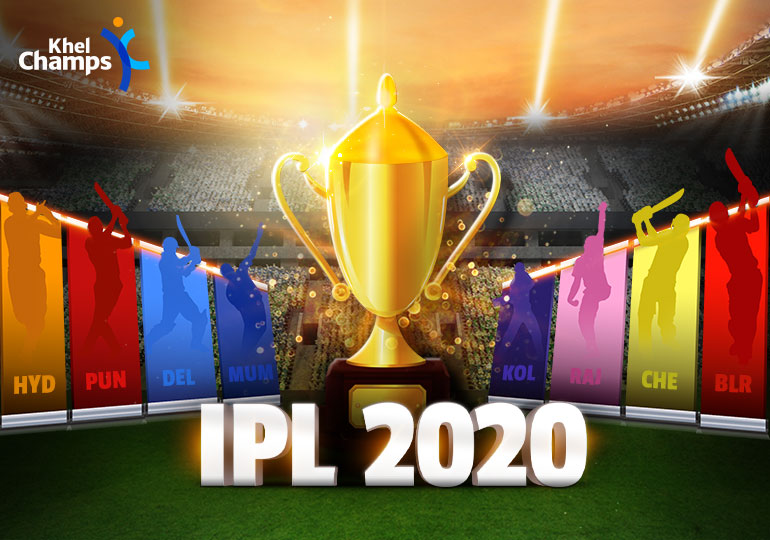 When the country came to know that the IPL 2020 auction was going to happen in December, there was tremendous excitement and anticipation of what is to come. All cricket enthusiasts were waiting for the IPL auction to see which player gets sold out to which team. They wanted their favourite player to be in the team they supported. 300+ players (Indian + Foreign) went under the hammer, with Pat Cummins benefitting the most with Rs.15.5Cr.

IPL 2020 dates came out, and the first match was slated to be played on 29th March between two IPL 2020 teams and old rivals – Mumbai Indians and Chennai Super Kings. Both teams had played their cards right and strengthened their team by picking the right players during the IPL auction 2020. Once the IPL 2020 time table was out, people were all geared up to support their teams. Some started to look for tickets, some took the online subscription, while some bought HD TVs to enjoy the riveting action at its best.

Among all the excitement and anticipation, the world was hit by a pandemic – COVID-19. The rate at which this virus spread left all countries bamboozled and had serious implications in the coming days. People lost their lives, some lost jobs, and the situation for some just got from bad to worst. The whole world came to a standstill, and all sporting actions were either postponed or cancelled.

Much to the disappointment of the cricket enthusiasts, IPL 2020 matches also got postponed; the dates of which are yet to be confirmed. The IPL 2020 is most likely to be rescheduled, the time yet to be decided. If the situation eases out, we may see the IPL getting started by the end of May. If the situation does not get better, September might be the last hope for all cricket lovers around the globe. Plans are also being made to split the teams in two groups; this would mean that we could miss out on many marquee matches. Also, if the IPL is to be curtailed, we might see each team facing the other only once. This significantly scales down the excitement for home and away encounters.

With all cricket matches getting postponed or cancelled, the fantasy cricket market has taken a huge hit. As the world copes with the life-threatening pandemic, cricket fans will expect that everything comes back to normal and some cricket action starts soon. As of IPL 2020, BCCI president Sourav Ganguly and other members will take a call by taking into consideration the external factors.

Once everything comes back to normal, and IPL fantasy league gets underway, you can enjoy playing IPL fantasy cricket online on the KhelChamps App.

This fantasy cricket app covers cricket matches around the world. You will find various types of contests for a specific match. Join the contest/s that you deem fit with your best possible team. The performance of the players picked will determine your team’s rank, which will decide your winning amount.

To enjoy the best of the KhelChamps fantasy cricket app, you need to download it first. KhelChamps app is available for Android as well as iOS users. Visit the KhelChamps website and download the version that is compatible with your device.

This fantasy cricket app, along with providing an enhanced user experience, the app has various features such as a user-friendly, safe gaming platform, exciting bonuses and offers, multiple contests, smooth withdrawal and deposit, 24×7 support, and many more.

Start your fantasy cricket online journey with the KhelChamps App!